Center for Open Data in the Humanities(CODH) 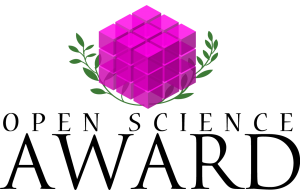 The Open Science Award is an accolade to for outstanding achievement in open products of computational biology and life science in Japan, presented by DBCLS: Database Center for Life Science since 2013. Anyone who is interested in open science and life science can submit products to be nominated and vote for worthies praised. The award consists of three categories: Database, Code, and Web resource. Off-line Award event will be held to celebrate developers of the products for their contributions by the community.

Systematic data-infrastructure is an effective means for realizing evidence-based STI policy. Since 2011, NISTEP has been developing data-infrastructure as part of MEXT’s “Science of Science, Technology and Innovation Policy” program. Such infrastructure is not just essential as a foundation for enhancing the policy research that supports policymaking; it is also a direct source of evidence for policy formulation. It is also expected to be useful as a tool for raising the quality of policy discussion.